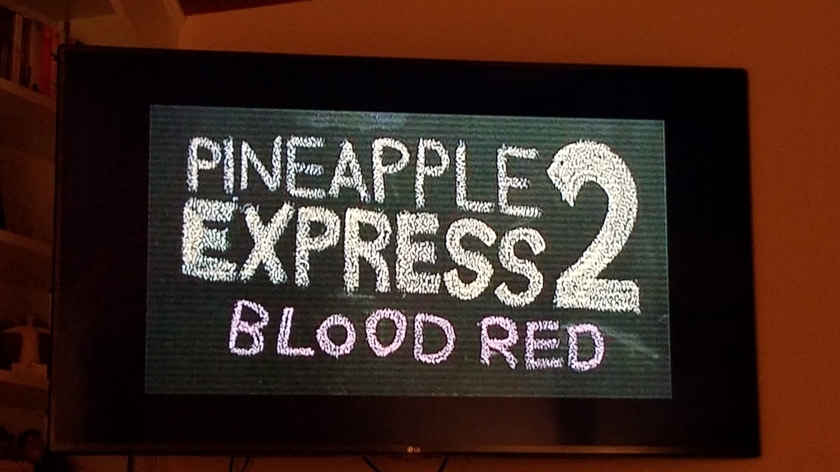 Movie Title: This Is The End

This Is The End is a fantasy buddy comedy starring and directed by Seth Rogen and featuring his stable of friends. James Franco, Jonah Hill, Craig Robinson, Jay Baruchel, Danny McBride, and Seth Rogen are all trapped in James Franco’s house following a party during which the literal apocalypse from Revelations starts taking place. The party sequence is funny and features the deaths of some well known actors though none more hilarious then baby faced Michael Cera’s departure.

The movie is hilarious as they try and cope with each other in very juvenile ways. The character’s idiosyncrasies are explored and they are forced to deal with their own neuroses. Perhaps one of the biggest issues is that many of the people in the house are frauds and don’t really like each other. It also features a fantasy sequence for Pineapple Express 2 and a play on The Exorcism of Emily Rose that features Jonah Hill. At times the movie is hilarious while at others just amusing, but it is a fun ride all the way through. It also features one of the best uses of a Celine Dion song since Titanic.

This Is The End is a funny movie, especially if you like the Apatow / Rogen brand of comedy. See it.