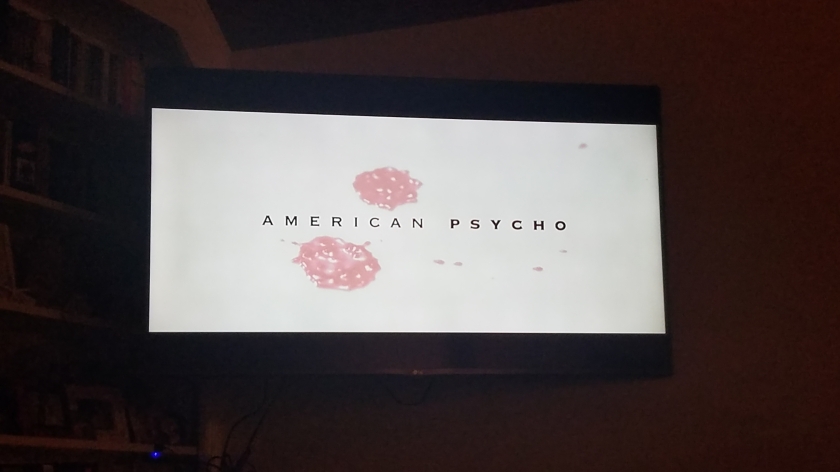 American Beauty is the story of the Burnham family at the peak of their collapse. Kevin Spacey narrates the story from beyond the grave. The narrative is so good that it is easy to forget about this narrative element over the course of the movie and still be surprised when Spacey ends up in a body bag at the end.

Lester Burnham (Kevin Spacey) is done. His whole life is a catastrophe. His marriage is a farce. His daughter hates him. He lacks a spine of any kind. Things start to look up for Lester when he meets his daughter’s young friend Angela (Mena Suvari) and immediately begins to execute a plan that will lead to them having a casual fling. He begins to fantasize about her and those fantasies bleed into his reality. Suddenly, Lester is no longer the staid and steady man he has been. He begins to unleash all the aggression and passion he has been storing up inside himself and begins to assert himself over his reality.

This doesn’t sit well with anyone in his life. His wife (Annette Benning) becomes even more estranged and starts to take an interest in fellow realtor Buddy Kane. His daughter Jane (Thora Birch) begins to spend significant amounts of time with the neighbor Ricky Fitts (Wes Bentley) who films her and sells drugs. His mother is a basket case already and his father is just looking for reasons to smack Ricky around. Ricky is different though and doesn’t much care what anyone thinks about him. Everyone begins to pursue their own ends.

American Beauty is about conformity and breaking free from malaise, but it is also about the consequences of doing such a thing in a society as conservative as today’s America.

American Beauty is a perfect movie and it is certainly one that could not be made today (for various reasons.) See it.

Movie Title: The Lives of Others

The Lives of Others is a story about the East German Police otherwise known as the Stasi and their massive surveillance campaign against its own citizens. The Stasi were set up to root out people that did not truly believe in the communist party and see them punished. Agent Wiesler is as good as anyone at rooting these people out. He has recently received a new assignment from Anton Grubitz, a higher up in the party, that is working on behalf of a central committee member.

Grubitz asserts that this new case will be good for Wiesler’s career. His target is writer Georg Dreyman and his actress girlfriend Christa-Maria Sieland. What Wiesler soon realizes is that Georg and Sieland are not up to anything, but he is being pressured by higher ups to find something. When he realizes there is no justice in pursuing Georg or Christa-Maria he begins to cover up for them. This is fine when it comes to covering up their western newspapers, but he soon becomes obsessed with their lives and covers up significant transgressions against the communist party.

The story is extremely compelling and the relationship that is formed between two strangers in the face of systematic oppression is fascinating. The ending is beautiful.

The Lives of Others is essential viewing in this or any other political climate. See it.

Who did I watch with?: JR and Stephie

American Psycho has a fantastic cast that play some of the most vapid characters ever put on film. Christian Bale plays the physically immaculate yet internally vapid Patrick Bateman. Josh Lucas, Reese Witherspoon, Jared Leto, Willem Dafoe, and Reg E. Cathey have roles of various importance all of which are beautifully played and all more or less equally soulless. That internal emptiness is what drives the plot. It is the 1980s and everything is superficial. The best scenes in the movie are the ones that involve the most superficial elements such as business cards, suits, or girls. Bateman is unique because his mask of sanity is slipping away. All he wants to do is kill people in ways that entertain him. This ranges from coworkers to prostitutes. It may be the only thing that he truly takes joy in. It may sound like a horror movie and in many ways it is, but it is also hysterically funny in an extremely dark way.

American Psycho is the story of Patrick Bateman’s prolific serial killing career, but the real question in the movie is what is actually happening? The movie works in a surreal atmosphere. Bateman is a frustrated yuppy that has lost control of his murderous impulses, but his violence spills over in obvious ways that would prove difficult to cover up. While dragging a body in an overnight bag through a lobby covered in blood Bateman is asked where he got the bag. It is not particularly feasible. Is Bateman relating events the way they occurred? Is Bateman benefiting from multiple cases of mistaken identity? Is it all something that he is drawing in his journal or part of a day dream? It is impossible to say, but that is what makes it so fun.

American Psycho is depraved and it perfectly encapsulates the 80s. See it.