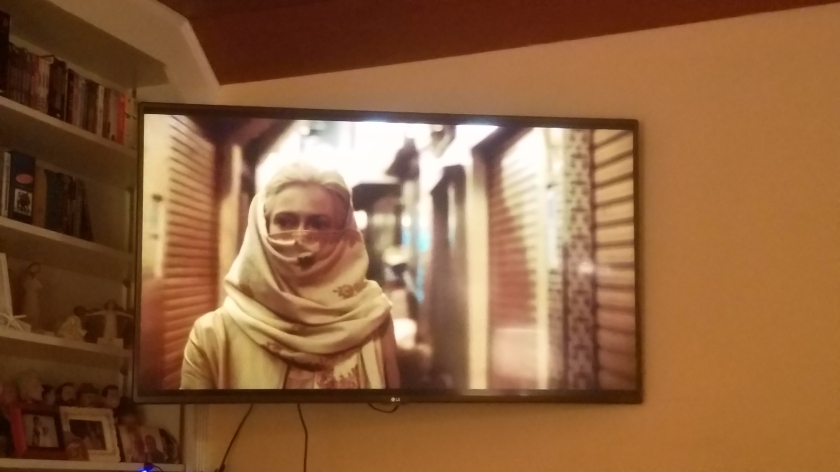 Only Lovers Left Alive is a vampire drama with an excellent cast. Adam (Tom Hiddleston) is a manic depressive loaner musician. He collects antique guitars while living in a seemingly abandoned house that stores his belongings. He is estranged from his long time wife Eve played by Tilda Swinton until they reconnect. All of them need to quench their thirst for blood, but must do so in the civilized manner of modern times. The blood sends them into a stupor much like heroin and the lack of thrill gathered from the consumption of blood has long since passed. Adam exploits a doctor at a local hospital while Tilda’s hook up is 16th century poet Christopher Marlowe played by the late John Hurt. Adam’s musical career is managed by Ian (Anton Yelchin) who gets him guitars, keeps people away, and brings him strange exotic requests including a bullet made out of hardwood. Then Eve’s sister Ava (Mia Wasikowska) shows up and interrupts their idyllic lives.

Adam’s apartment is sensuous with grime. In some ways it reminded me of Midnight in Paris with its longing for perceived better times. The characters in this movie are looking back at times they remember as better and with despair toward the future. The sound track is jangling and the plot is slow. It often fails to capture the imagination as Hiddleston and Swinton play droll characters that make immortality seem rather more taxing than I think it would be.

It is an interesting character study that can be taxing to get through at times. Take it or leave it.