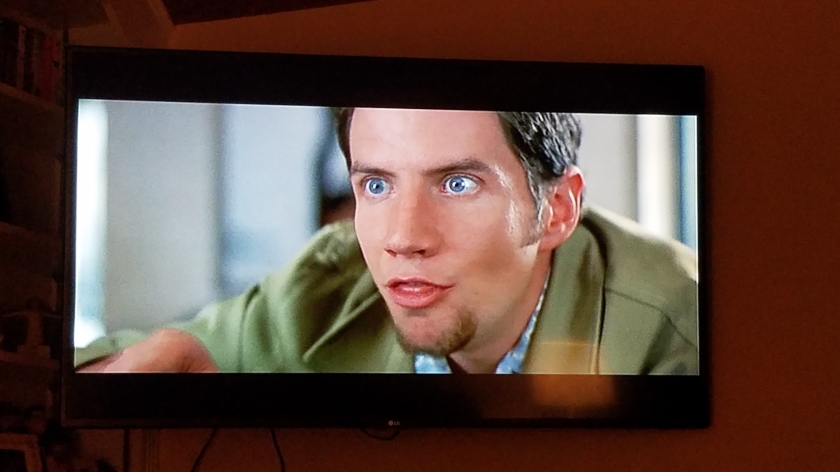 Scream 2 is the very meta sequel to the original Scream. Sidney Prescott (Neve Campbell) is in college now when a copy cat emerges attempting to replicate the original murders. It returns several cast members from the original movie and weaves a multilayered web. Courteney Cox, David Arquette, and Jamie Kennedy return in the same respective roles as the original movie. They act as an investigative team trying to solve the mystery of who the killers are complete with some romantic tension.

There are also several new faces arriving to join the festivities. Sarah Michelle Geller stars as a sorority sister that is an early victim of Ghostface. Jerry O’Connell has a feature role as Sidney’s primary love interest. There are also several well know actors appearing in minor roles including a very young Joshua Jackson and Timothy Olyphant.

The movie works very well with its own internal parody. The movie features a movie about the events of the original movie called Stab. The film within the film features Jada Pinkett Smith, Heather Graham, and Luke Wilson in leading roles and it is great to watch for its few short segments. Liev Schreiber returns as the same character from the original movie. His sole interest is to get Sidney on the air with a major talk show host, so that he can get some publicity. It also builds on its rules about horror movies from the first movie and adds rules about sequels that make the movie more ridiculous. In many ways I would argue Scream 2 is the superior movie to the original because of these elements.

The body count is higher. The plot is more ridiculous. See it.