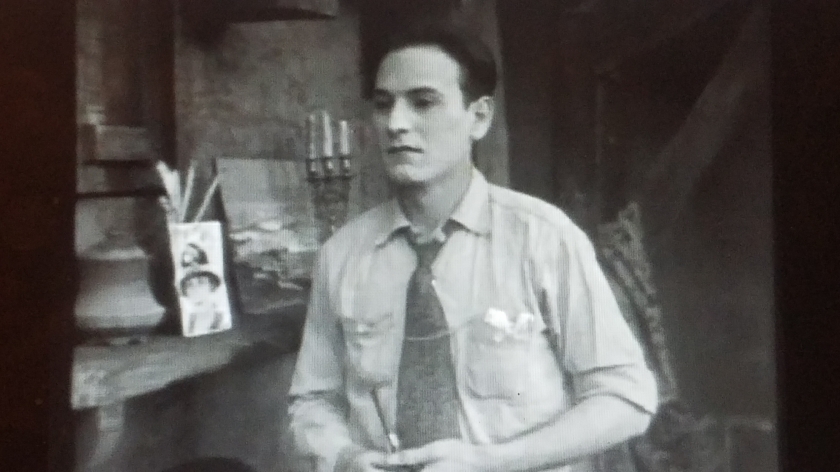 The Kid is one of the first Charlie Chaplin movies where he plays his iconic Tramp role. The Tramp is living in a slum when he finds an abandoned child outside of his doorway. The single mother immediately regretted giving the child away. She had left him in the back of a car in front of a mansion hoping that the child would be raised as part of the family. But, after the car is stolen the thieves debate between shooting the baby and abandoning it.

The Tramp takes the child in and raises the boy for five years. In the mean time the mother becomes a successful actress and the boys father becomes a wealthy painter. She desires little more than to find her long lost son. The Tramp is doing the best he can. He makes money by having The Kid deliberately break windows while he walks around with panes of glass. He gets paid to replace them. But, the police are in hot pursuit the whole time trying to break up their racket. This even includes a chase across rooftops. It is not exactly Die Hard, but it is pretty good. Ultimately, the child falls ill and The Tramp comes under the scrutiny of the 1920s equivalent of child protective services.

Will The Tramp be able to keep The Kid safe or will he end up in an orphanage?

You definitely need to be in a certain mood to watch this because the filming style is primitive by even the standards of the 1950s, but it is definitely a classic worth watching. See it.

Movie Title: The Night of the Hunter

The Night of the Hunter stars Robert Mitchum in all-time acting great Charles Laughton’s only directorial outing. Harry Powell (Robert Mitchum) is a corrupt preacher turned serial killer. He has the words love and hate tattooed on his knuckles, has served multiple prison stints, carries a vicious little switchblade, and when he is free he hustles lonely women for their money before murdering them. During his most recent prison stint he shared a cell with Ben Harper (Peter Graves) a man convicted of armed robbery and murder. He is destined to hang. Harper talks in his sleep and Powell gets wind that there is $10,000 (roughly $200,000 dollars today) hidden in the Harper household.

But, Harper knew this was coming or at least that someone would be looking for the money. When he arrived home he hid the money in a place where the law would not look for it and the only two people he told were his son John (Billy Chapin) and his daughter Pearl (Sally Jane Bruce). Both are sworn to secrecy. When Powell is released from prison he goes to the Harper household where he woos Willa Harper (Shelley Winters) and promptly marries her. He spends his days slandering his wife and persecuting the children in an attempt to get them to spill the beans about the locations of the money. Things do not progress quickly enough, so Powell accelerates the situation causing the children to go on the run. Hobo children were not entirely uncommon during Tbe Great Depression, so they blend into the scenery until they are taken in by a kindly religious woman running an impromptu orphanage.

Powell does not give up on his quest and stalks them across the country resulting in a violent conclusion.

The movie is very interesting to walk as it uses a lot of experimental techniques. The camera angles are at turns very distant with contrasting light and dark chiaroscuro. These distance shots are paired with claustrophobic close ups inside houses and in fields where Mitchum proves menacing. The children have reasonably strong performances, but struggle at times. There is also strong religious imagery where those aiding the children have very strong saintly imagery while the forces around Powell seems to be a force of darkness. It is insinuated that Powell very well could be the devil himself.

The Night of the Hunter is an all-time great movie. See it.