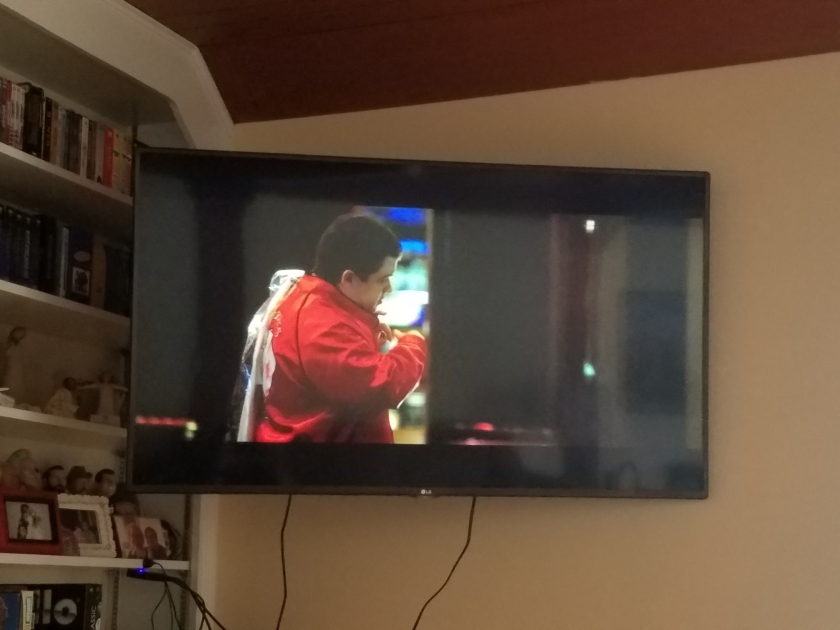 Magnolia has a deep cast and zips around quite a lot. It lacks an immediately apparent story line. The opening is fantastic and focuses on the seemingly random series of concurrent events that can link together to make a coherent story. Earl Partridge (Jason Robards) is a sick man. He is dying from cancer and his one last wish is to see his son Frank Mackey. Frank Mackey (Tom Cruise) runs self-help seminars for men that have been rejected by women to teach them the power of the cock. I wish I was kidding. His nurse Phil Pharma (Philip Seymour Hoffman) and his daughter Linda Partridge (Julianne Moore) have his best interest at heart, but may have ulterior motives.

Officer Jim Kurring is concurrently making an arrest after being called about a disturbance of the peace while trying to arrange a date. Quiz Kid Donnie Smith, now in his early 50s, crashes his car through the front of a convenience store, is fired from his job, and obsesses over a man at a bar. Lastly, Jimmy Gator (Philip Baker Hall) is trying to reconcile with his estranged daughter after being diagnosed with terminal cancer. All of this ultimately comes together into a coherent and compelling story. All of the characters are wracked by guilt with Officer Kurring serving as the moral compass of the movie. Despite the rampant negativity it is a movie about forgiveness.

The movie is rife with biblical allusions and ends with a dandy of magical realism. The music is another strong element of the movie. Whether it utilizes “One is the Loneliest Number” or the theme from 2001: A Space Odyssey it is always on point and effective.

It is an imaginative movie with excellent performances. See it.