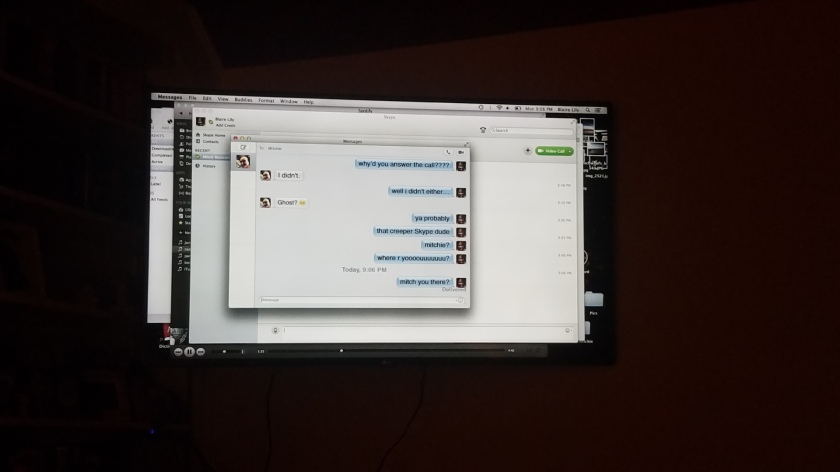 Unfriended is a concept movie that takes place entirely from behind the screen of a computer. On the first anniversary of Laura Barns suicide, Blaire (Shelley Hennig) watches her suicide on Youtube for old time’s sake. Her suicide was prompted by bullying both in person and over the internet from the people involved in the chat. After watching the video she accepts a call from her boyfriend Mitch (Moses Storm) who tries to get her to take off all her clothes and show him the goods. All of a sudden their group of friends bust in without an invitation via Skype with a mysterious guest account in the group. No one knows where the guest came from. The group members start receiving messages across different platforms that used to belong to Laura Barns. These messages threaten to kill the members of the group if they attempt to interfere with the phone call or disconnect.

This seems like some kind of sick prank until some of the members of the group start to die on camera. The concept behind the movie seems like it shouldn’t work at all, but with a brisk running time it is shockingly effective. The acting isn’t great, but it is a bunch of young actors pretending to be older high school age students, so what do you expect. At first I had no sympathy for them, but somehow they developed a little sympathy in me as the movie progressed. After all, who hasn’t said something cruel or thoughtless to someone? Although they do take it to the extreme, The movie builds to a satisfying conclusion as everyone has to air their dirty laundry and get their just desserts…or try and avoid them.

There is a startling lack of parental supervision in the world of these kids, but that’s not my problem is it. Shockingly. See it.