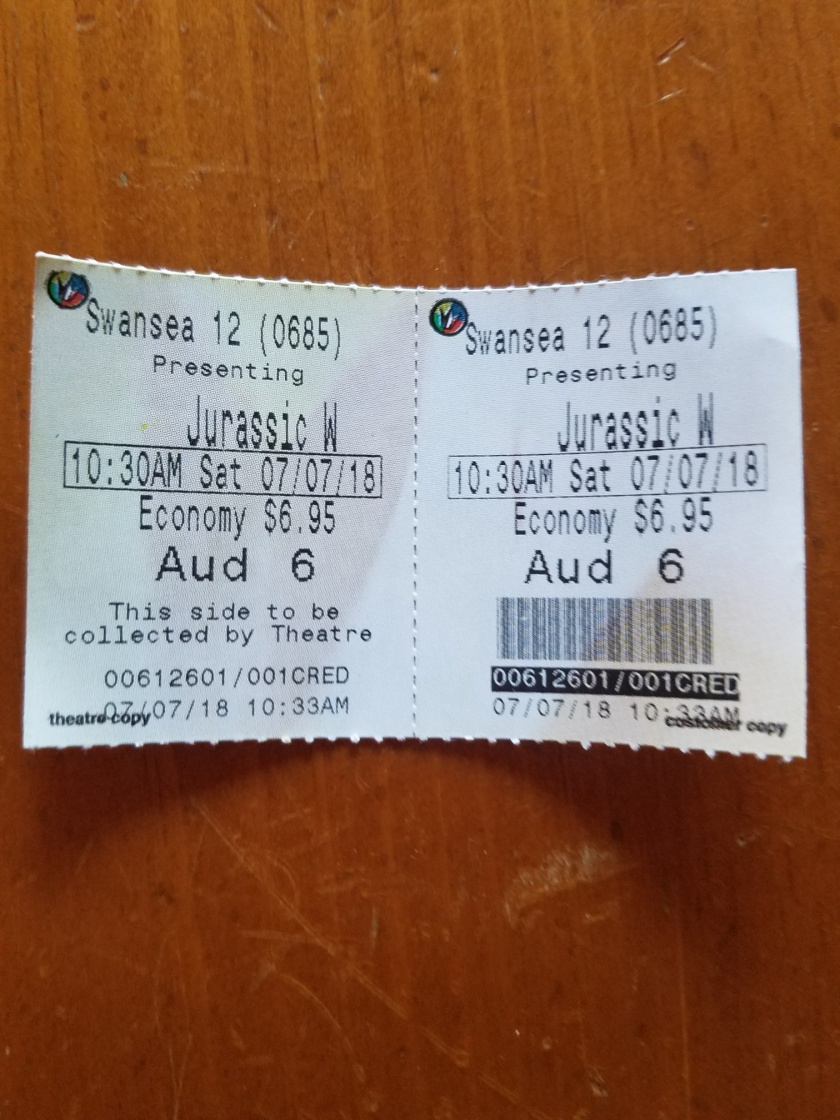 Jurassic World: Fallen Kingdom picks up three years after Jurassic World and continues the thematic drive of the first by book ending the movie with testimony by Ian Malcolm (Jeff Goldblum) that drives the theme home like a sledge hammer. Isla Nublar is unstable. The volcano there that was considered inactive is alive and kicking. There is a debate raging whether or not to consider the dinosaurs on the island an endangered species. The U.S. government decides not to act when Benjamin Lockwood (James Cromwell), a shadowy partner in the original Jurassic Park venture, comes calling. His liaison Eli Mills (Rafe Spall) convinces Claire Dearing (Bryce Dallas Howard) and Owen Grady (Chris Pratt) to have a second go at the island. This time the goal is to try and rescue the dinosaurs and take them to a new nature preserve. Blue, the raptor Grady trained from the egg, is of particular interest to Mills and his partners.

But, Mills is double crossing everyone and much like the first movie is trying to sell the dinosaurs for military profits. Grady and Claire get abandoned on the island and have to fight their way off with a spunky new cast of characters all of whom are at least mildly annoying. From here on out, the rest of the story feels very recycled from the first movie. There is very little new in Fallen Kingdom from a story telling perspective and it has instances that make very little sense. Which is also in keeping with the first iteration. The message is also very much the same. Man has meddled in things he shouldn’t have and in so doing has fomented its own destruction. The animals are anthropomorphized to be extremely sympathetic and there were moments that felt like I was reading Old Yeller. The characters in the movie also feel this way and don’t seem to understand that it could be a them or me scenario.

With that said, Fallen Kingdom is a great movie because of its action sequences and scenarios rather than its story telling or its proselytizing. The sequences are inventive and the visuals are at times phenomenal. Take a dinosaur and put it on top of something roaring and it pretty much works. The movie was pretty much built around those instances. Be sure to stay for an after credits sequence that looks to be indicating a completely bonkers third act.

If you liked Jurassic World it is very likely you will like the sequel. See it.