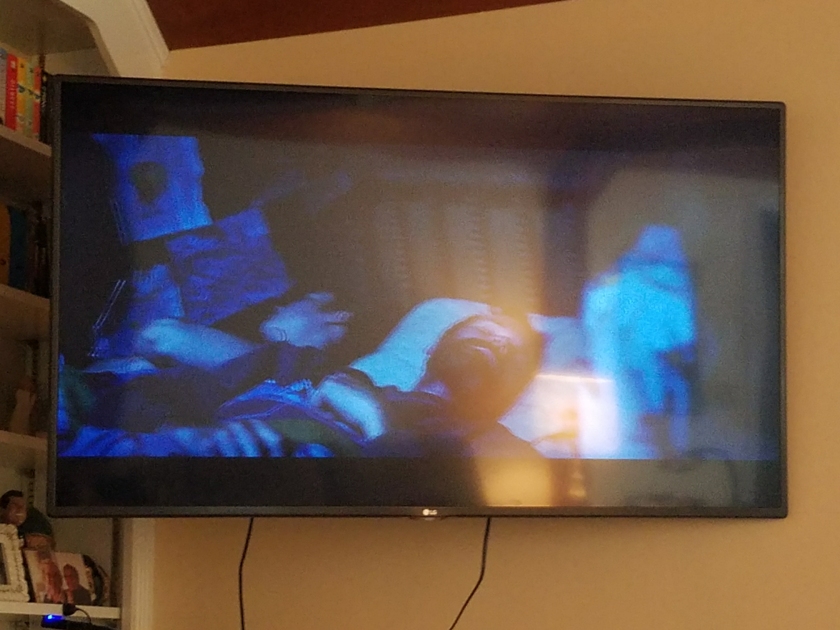 Room stars Brie Larson as the mother of Jack a young child played by Jacob Tremblay. Brie Larson’s character has been imprisoned in a single small room for a long period of time. It is Jack’s fifth birthday and he has never been outside of the room. Ma (Brie Larson) has used specific language and conditioned Jack to believe there is nothing outside of the room. She creates a world in which Jack is not imprisoned, but where there is simply nothing else. Despite having suffered tremendous abuse, Ma does a good job trying to take care of Jack.

Old Nick played by Sean Bridgers visits Ma and brings her supplies. He is her jailer. He is also laid off and getting desperate. After the power is turned off Ma decides that soon they will be expendable and plots their escape. She rolls Jack in a rug and claims that he died of a fever after Old Nick neglects to bring him medicine. When Old Nick takes him out to bury him, he makes a break for it, which gets them the help that they both need to escape.

The rest of the movie focuses on the duo adjusting to the world. It is not an easy adjustment, especially after a prime time interview in which Ma’s parenting is called into question. Jack slowly begins to build a more complex view of the world which is symbolically represented by Legos. The performances of both Larson and Tremblay are excellent and lend to the truly heartbreaking narrative.

It is not a movie to see if you are looking for an uplifting afternoon, but it is an excellent story. See it.