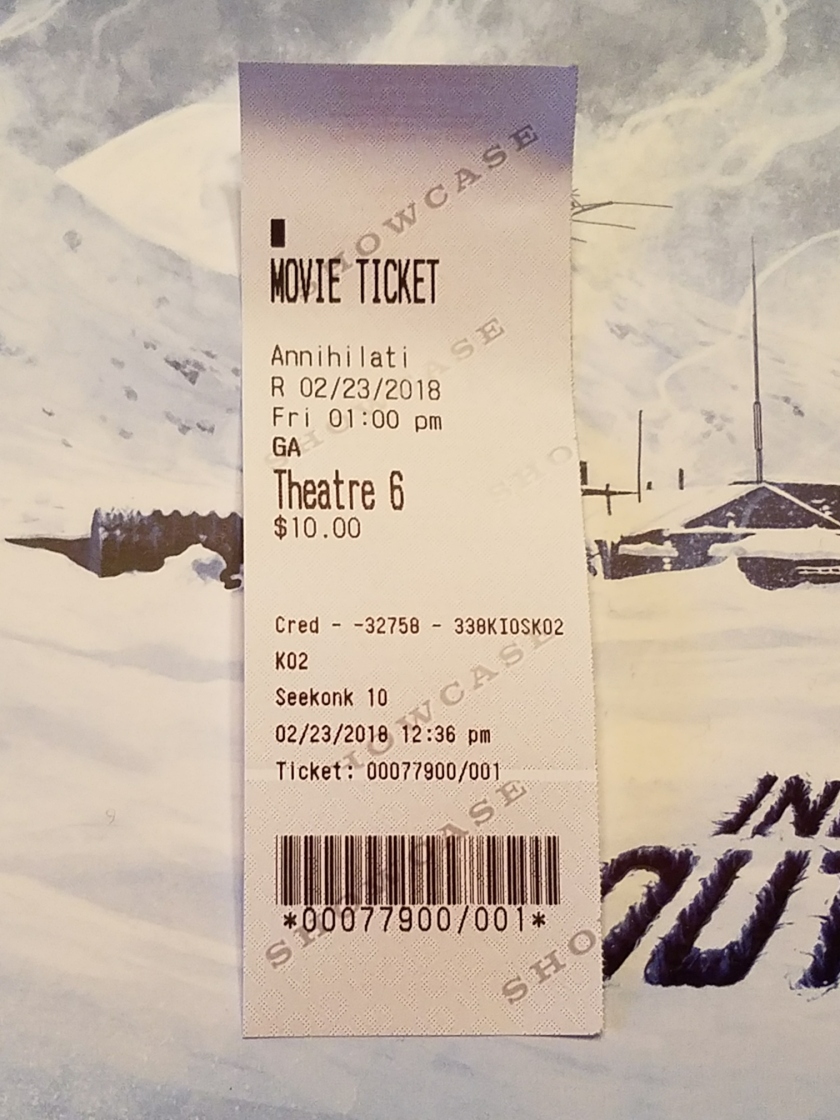 Who did I watch with?: Keegan

Where did I watch it?: Showcase Cinemas – Seekonk, MA

Annihilation is based on a novel of the same name written by Jeff VanderMeer. The novel is a hot mess. I have admittedly not read the other two books in the Southern Reach trilogy, but I don’t feel like I’m missing much. VanderMeer’s approach is to raise a lot of mysteries and then explain absolutely nothing. Nothing is resolved in the Annihilation novel which would be excusable if at some point in the series it wrapped some things up. From discussing the trilogy as a whole with others, it seems like nothing is resolved by the end of the trilogy. In this way the novel takes the same approach as The X-Files. The X-Files only gets my pardon for this because I was hooked when I was young and I’m willing to glaze over its flaws. Annihilation gets no such pass. That is why I was relieved to discover that writer/director Alex Garland disregarded almost everything from the book it is based on. Garland maintains important set pieces from the book and that is about it.

Annihilation has a frame narrative that the novel lacks. Lena (Natalie Portman) has already returned from Area X. She is being interrogated by Lomax (Benedict Wong) about the events that occurred inside The Shimmer, a wavering line that marks the beginning of Area X. Lena is the first person to survive crossing into Area X and returned to tell the tale. Lena was inspired to cross The Shimmer because of her husband Kane. Kane was on the previous mission and returned changed. Lena sets off on a mission to uncover what happened to him with a group of scientists and to see what insights she can gain. Divisions quickly arise within the group as they begin to face adversity and realize secrets they have kept from one another.

Annihilation has a slow build and is the anti-thesis of 2001: A Space Odyssey. In 2001: A Space Odyssey humanity trundles forward along a logical progression arc that inevitably leads to its evolution from one stage to the next. Annihilation wonders what would happen if a gear was thrown in the works. Area X is visually striking. The creatures within are well designed and the premise for the area’s creation very satisfying, especially when compared with the book.

If Annihilation is not considered a science fiction masterpiece now, someday it will be. See it.