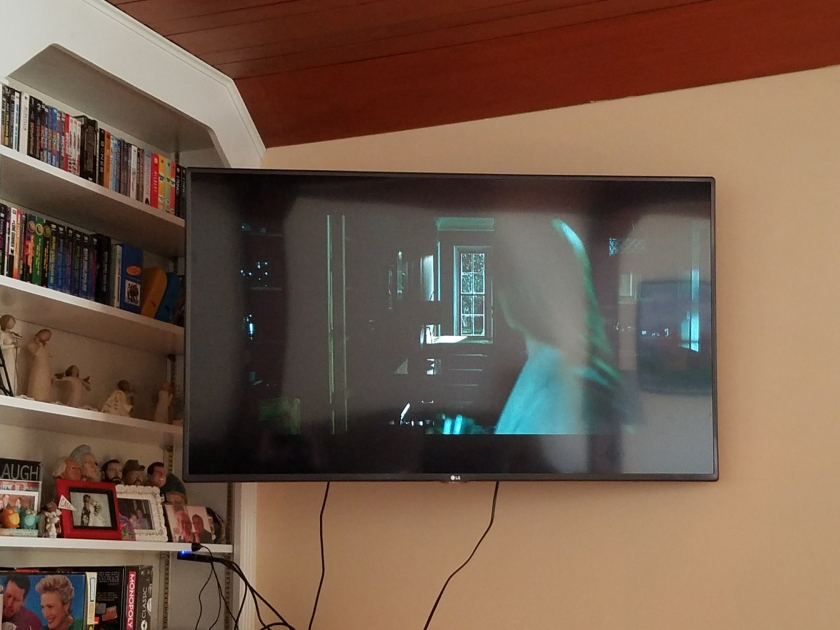 Movie Title: Before I Wake

Before I Wake stars Kate Bosworth and Thomas Jane as Jessie and Mark. They are parents that have suffered the loss of a child and are struggling to cope with the ramifications of the tragedy. Jessie can’t sleep, she attends grief counseling, and has grown distant from her husband. Mark wanted to sell the house and start over somewhere else, but Jessie resisted because she felt the presence of her son in the home. In a compromise move they decide to foster a child.

Cody (Jacob Tremblay) is a young boy that has bounced around from foster home to foster home, but has still maintained a good attitude toward life, and by all accounts appears to be a sweet child. He is obsessed with butterflies, but also has a hidden stash of stimulants to keep him awake, which prompts Jessie to take them away. Child actors are always difficult and Tremblay’s performance is passable, but not exceptional.

Things start to become strange when butterflies begin appearing in the house. Jessie and Mark know something is not right. But, it is not immediately clear to them what causes apparitions. The story has a long build up to an unsatisfying outcome. Jessie is fairly creepy as the stepmother as she uses Cody to relive fantasies, but on the whole a lot of the acting is fairly wooden and boring. The first half is pretty much a character drama with some supernatural elements, while the second half features the effects of an extremely lame creature.

Before I Wake is dull as dust. The characters are boring. The plot is not very interesting and doesn’t deliver on what could be an excellent concept. Skip it.