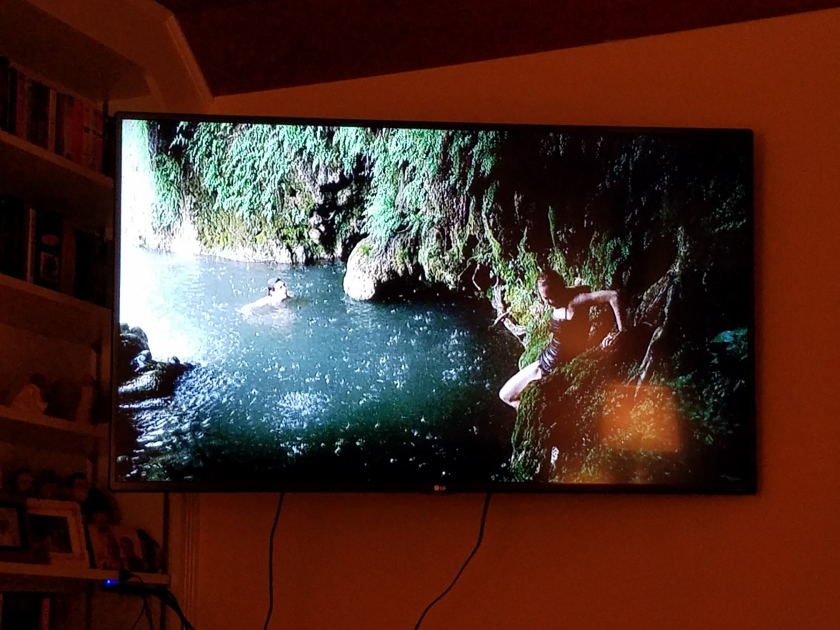 Teeth has a slow build. At times it is even a little boring until you figure out the concept. Teeth is a 50s monster movie where the monster is a teenager mauling people with her toothed vagina. The set up for the movie is what I would imagine going to school is like in a red state. Instead of proper sex education there is a cult like pledge toward abstinence. The religious political authorities have banned study of the female reproductive system because it is too sensitive. They cover it with a sticker in the student’s textbook. Evolution is the devil.

Dawn, our heroine, is a leader of the abstinence movement. She preaches to a youth group that is more than a little disturbing. Dawn grew up in the shadow of a nuclear power plant and it has clearly worked some wonders. She has a bizarre relationship with her step brother, which is set up instantaneously, and gives the movie a pretty strange tone. While Dawn eventually becomes interesting, the movie could have benefited from some more well rounded characters. The teenagers in Teeth think about sex more than actual teenagers do. There is not a single scene in the first forty minutes of the movie that is not about sex.

After the plot ticks along for awhile Dawn makes a startling discovery about herself with some inappropriately hilarious music and acting. The discovery makes you wonder if she has ever been to a doctor in her entire life. Because of Dawn’s…self exploration…she becomes the protagonist of the movie. All the men in the movie are horrible monsters aside from her stepfather and each is promptly put in their place via weaponized vagina. This is the ultimate feminist movie.

It is a strange movie. At first, I didn’t like it because it was not the movie I would have made. It grew on my while I was watching though. I was annoyed for the first forty minutes, but once I picked up on the style Mitchell Lichtenstein was going for I liked it a lot more. See it.