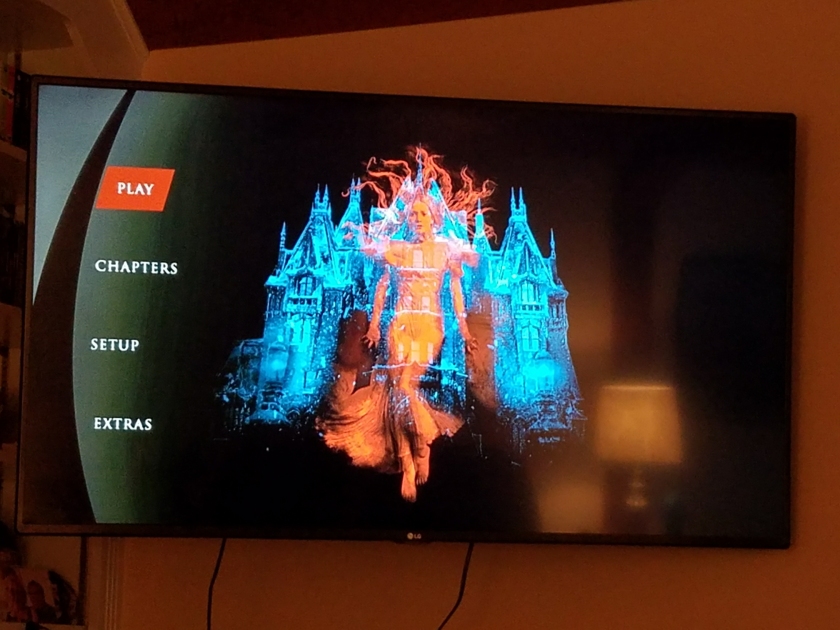 Crimson Peak opens with a funeral. Edith Cushing’s mother is dead. It does not take long for her ghostly visage to appear before young Edith warning her to beware of Crimson Peak. Edith is the daughter of wealthy builder Carter Cushing and an aspiring writer. Her father wants her to take part in Buffalo’s turn of the century upper class society, but she is resistant. That is, until the magnificent Thomas Sharpe shows up on the scene. He appreciates her work, pulls her away from her books, and gets her into the social scene. This draws the ire of many young women, taken with Mr. Sharpe, not the least of which is Mr. Sharpe’s sister Lucille. Ultimately, the Sharpe’s seek a return to their native home in Cumberland, England concluding a strong first act.

The movie is beautifully set. The furnishings are lovely and the hotels are opulent. Even when it comes to the bath houses it echoes of gilded age glory. The wardrobes are equally taking. The effects used for the house in England are terrific as well contrasting old world money with a unique form of decay.

That is where the positives end. The second act is a slog. Several earlier subplots are left completely unresolved. It features one of the most incompetent cases of detective work ever. The movie tries to hint that all is not as it seems, but the overarching problem is you probably figured it out already. Sadly, I had solved most of the mystery before the 1st half of the movie was over. The movie also played up its horror elements and then left them largely on the shelf. It is a bizarre gilded age romance with some ghosts who really play very little part in the movie.

This movie has an identity crisis. While it has some nice sets and an interesting first half, it doesn’t do anything with it, and it all falls apart in the second half. It is also extremely predictable. Skip it.

I did not feel so great today and I’m thinking I probably should go to the doctor’s soon. With that said, I did 30 minutes of walking, and my customary 1.5 miles. Tomorrow will be an off day before a run on Saturday.